The Expo Center is Oregon’s largest multi-purpose facility. Opened in the early 1920s as a livestock exhibition and auction facility, the Expo Center now hosts over 100 events a year, including consumer shows, trade shows, conventions, meetings and other special events. 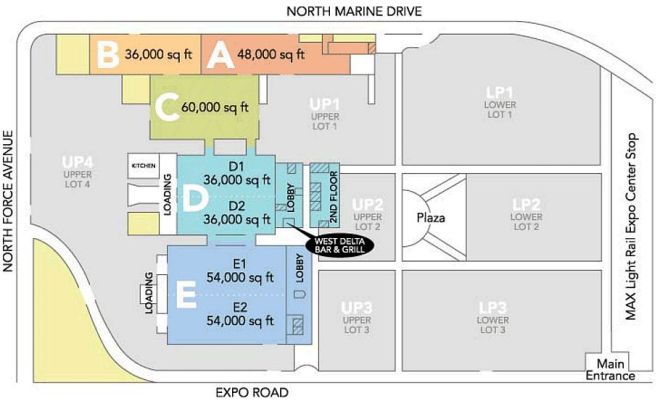 The Expo Center was once the home of a giant stockyard. More beef was butchered in the area than in any other town in the Northwest. Local butchers joined together in 1893 to form the Union Meat Company. In 1906, Swift & Company purchased the business and set up shop on the Columbia Slough in 1909, establishing a new meat packing plant. Swift then purchased adjacent land to the plant in order to establish a company town, Kenton.

Swift employed over 1500 workers and had a plant that included the Portland Union Stockyards, Portland Cattle Load Company, Columbia Wool Basin Warehouse, and Swift’s Kenton Traction Company which operated a streetcar line to carry workers to and from the meat packing plant.

Kenton’s rail yards and location along the Columbia River made shipping convenient. Today, the MAX Yellow Line terminates at the Expo Center, just North of Kenton.