The first phase of Gramor Development’s massive Vancouver Waterfront project is slated for completion next year.

The $250 million first stage includes a park, a pier, and six buildings that will house restaurants, offices, apartments, condominiums and hotel rooms. 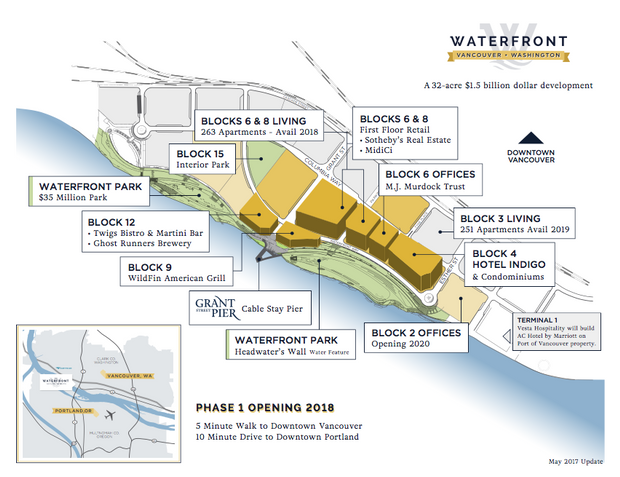 The $1.5 billion mixed-use development will transform and usher in the next chapter for the entire metropolitan Vancouver/Portland area.

The team behind the cantilevered Grant Street Pier is also building a 180-foot water feature at the park. Seafood restaurant WildFin American Grill is likely to be the first business to open at the waterfront. In the two restaurant buildings that flank the pier, there will be at least four more restaurants to follow WildFin on the waterfront.

Next to the bridge, the Port of Vancouver owns Terminal 1 and is developing concepts for a public market.